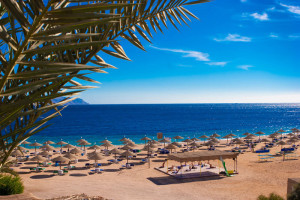 While I don’t normally like to cross the Ontario border into – gasp – Detroit or any of the surrounding areas, from time to time my carpal tunnel and repetitive stress injuries from copywriting start to flair up. When that happens, or when I suspect that it might, I know it’s time for a vacation.

While I do love Ontario when it’s vacation time I’m like anyone else and love to take the family to faraway lands. We go in search of recreation and relaxation rather than pillage and plunder. Though a little plundering now and then never hurt anyone, right? Well, except the Scythians…

A few months ago, I began to feel the creeping stiffness and inflammation that is usually a sign of an approaching carpal tunnel onslaught. For me, after so many years and years of typing as a copywriter, I’ve developed and honed instincts to anticipate the attacks. My royal scouts stand guard at various lookout points on my wrist joints and knuckles, searching for shifts in the wheat’s sway out of line with the wind’s direction.

I’ve trained them to listen closely, as unlike the warring parties of the Mongol invasions of yore, carpal tunnel fires few warning shots. A cracked twig here, a shout of command there, if not careful the sounds of which will be lost in the wind like speckles of dust. My scouts, being well-trained, detected the presence immediately. Noticing some inflammation and knots at various points on my thumb, I scheduled an appointment with London’s acupuncturist. She stuck my hands full of needles and told me to take a vacation.

Not being one to argue with a brutish, Chinese woman armed with hundreds of sharp objects, I agreed and soon thereafter called and booked a week at Riviera Nayarit for me, Wendy, Sarah, and Raymond. No, we didn’t bring Bob this time!

One of my colleagues, Aslan, told me about Riviera Nayarit some months back. He said there is something like 50 miles of beaches with the jungle at your back and cascading mountains further behind. He said we could explore the jungles in search of prey, climb the mountains, and take part in all sorts of high-intensity activities.

I nodded my head in agreement, said “Wow, that sounds great!” then as soon as I left my cubicle space searched to find out what kind of golf courses were in the area. Turns out there is a handful, and they’re all of the highest quality. So, I went home, pumped the family up with promises of jungle exploration, snorkeling, scuba diving, mountain climbing, biking, and whatnot. I knew I’d have to make them some promises to get them down to Mexico. I also knew I’d leave them fending for themselves down there while I spent the whole trip playing golf!

The trip went brilliantly! Just as planned. Well, except for a few things. I must have played 200 holes of golf, but somewhere in there I threw out my back and hurt my shoulder. The wife and kids went snorkeling and a few other things I can’t remember. Now, because of my new injuries, I’ve been seeing the acupuncturist 3x a week. So, all in all, I’d say it was a successful trip. I’m happy, my acupuncturist is happy, the kids are happy, and my wife is my wife!