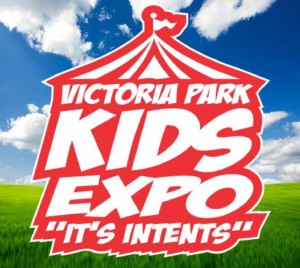 For anyone who is not familiar with London, it might be surprising to find out just how many different festivals and events are put on each year. There are quite a few coming up soon, and plenty to looking forward to, including the Victoria Park Kids Expo on June 14-16. I’ll definitely be taking the kids to this one as Sarah and Raymond are always looking for interesting things to do and they have a lot of energy to burn.

However, there are plenty of festivals and events coming up for the adults as well, and hopefully, Sarah will let me go to the London Beer and BBQ Show. Sounds like a dream come true, doesn’t it? I don’t know about you, but if I was going to pick two things to combine to make a show out of, it would probably be beer and barbecue. The show is on at the Western Fair District Agriplex Building on the 21st and 22nd of June, and actually, I will definitely be there.

Speaking of barbecue, did I ever mention that we Londoners are pretty keen on ribs? So much so in fact that there are three different Ribfest events coming up in the next three months. Okay, I guess going to all three would be a bit much, but after I have got over my indulgence at the Beer and BBQ Show, perhaps I could take it at least one of them in.

There was even one time when I tried to put on my own little festival of sorts myself. All I wanted to do was put on a little street market where local food producers and craftspeople could sell their stuff. I thought it was a really good idea at the time, although in retrospect I probably decided to do it on a bit of a whim. Anyway, I ended up with about six stalls and probably about as many people who came! Of course, this was about 20 years ago and before the days of e-mail. Back then large commercial mailboxes, such as these – were the only way of receiving a large amount of mail. I had visions of buying the largest one possible, for all the inquiries and letters of thanks I would receive! Maybe next time.

All right, let’s get a bit more cultural now; on June 15 there is the Fanshawe Dragon Boat Festival. Sarah and I went to this event last year, and even though we didn’t really know what to expect, it turned out to be a whole lot of fun and very interesting. As well as the beautiful dragon boats on the river, there are also plenty of vendors and stalls selling fantastic Asian cuisine.

Speaking of food, the International Food Festival will be in Victoria Park towards the end of the month. This is another one we have been to before and a great treat for the whole family. Come to think of it, perhaps London isn’t so much about festivals as it is about eating!